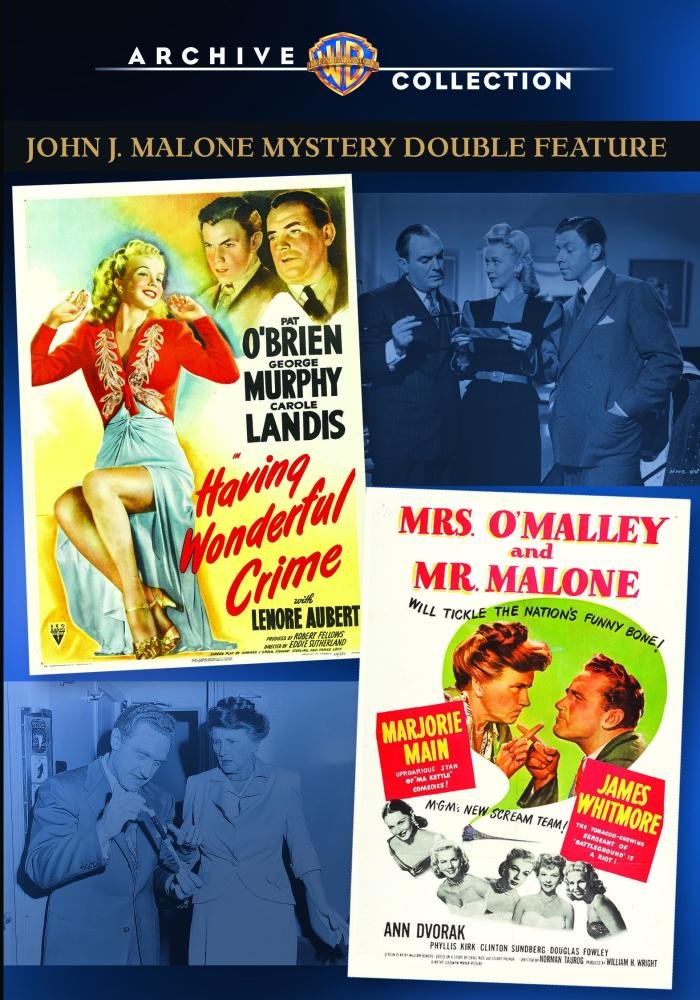 This time around it’sÂ Mrs. O’Malley and Mr. Malone, a 1950 MGM mystery/comedy starringÂ James Whitmore andÂ Marjorie Main and directed by Norman Taurog who first worked with Ann in 1933’sÂ The Way to Love. Personally, this is not a favorite of mine, though Ann does get to catch the bad guy, literally with a mink stole. And like I always say, any Dvorak is good Dvorak!

This release is part of a double feature set with the other offering beingÂ Having Wonderful CrimeÂ with Pat O’Brien assuming the role of Mr. John J. Malone andÂ George Murphy and Carole Landis in support.

Full details are over at the Warner Archive site.Â